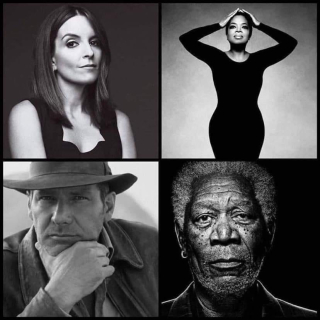 At age 23, Oprah was fired from her first reporting job.

At age 24, Stephen King was working as a janitor and living in a trailer.

At age 27, Vincent Van Gogh failed as a missionary and decided to go to art school.

At age 28, J.K. Rowling was a suicidal single parent living on welfare.

At age 28, Wayne Coyne (from The Flaming Lips) was a fry cook.

At age 30, Harrison Ford was a carpenter.

At age 30, Martha Stewart was a stockbroker.

At age 37, Ang Lee was a stay-at-home-dad working odd jobs.

Julia Child released her first cookbook at age 39, and got her own cooking show at age 51.

Vera Wang failed to make the Olympic figure skating team, didn’t get the Editor-in-Chief position at Vogue, and designed her first dress at age 40.

Stan Lee didn’t release his first big comic book until he was 40.

Alan Rickman gave up his graphic design career to pursue acting at age 42.

Samuel L. Jackson didn’t get his first movie role until he was 46.

Kathryn Bigelow only reached international success when she made The Hurt Locker at age 57.

Louise Bourgeois didn’t become a famous artist until she was 78.

Whatever your dream is, it is not too late to achieve it.

You can do it! 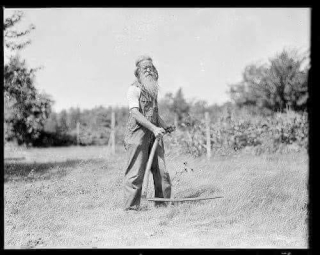 There was a farmer who grew excellent quality corn. Every year he won the award for the best grown corn. One year a newspaper reporter interviewed him and learned something interesting about how he grew it. The reporter discovered that the farmer shared his seed corn with his neighbors.

“How can you afford to share your best seed corn with your neighbors when they are entering corn in competition with yours each year?” the reporter asked.

Those who want to live meaningfully and well, must help enrich the lives of others, for the value of a life is measured by the lives it touches. And those who choose to be happy must help others find happiness, for the welfare of each is bound up with the welfare of all...

The fact is, none of us truly wins, until we all win. How will you choose to touch the lives of others today?

What To Change Things Up?

Have you ever wanted change but not wanted to change? I know I have. I have learned change is a process not an event. To create the changes we want, we must begin that process by asking questions.

Why do you want to change?
What are the benefits of changing?
What would be different if you did change?

When could I expect change if I took the necessary actions?
What would be a good deadline to achieve the change I desire and when should I measure my success (daily, weekly, monthly, quarterly)?

Who do I know who's done what I want to do? What would be the best way to contact them to ask them questions and to see if they could assist me or if I can learn from them?

Where could I learn more about making the changes I desire? There are lots of books you could read, videos you could watch, courses you could take, etc.

How will I make the changes I seek?
What's my plan?
What's missing?
What's next?

WANT TO CHANGE THINGS UP?

ANSWER THESE QUESTIONS AND YOU WILL SEE EXTRAORDINARY RESULTS FOR A "CHANGE"!

Maybe so, Maybe not. We’ll see. 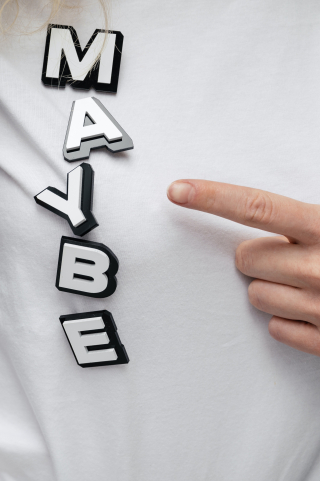 There is a Chinese Proverb that goes something like this…

A farmer and his son had a beloved stallion who helped the family earn a living. One day, the horse ran away and their neighbors exclaimed, “Your horse ran away, what terrible luck!” The farmer replied, “Maybe so, maybe not. We’ll see.”

A few days later, the horse returned home, leading a few wild mares back to the farm as well. The neighbors shouted out, “Your horse has returned, and brought several horses home with him. What great luck!” The farmer replied, “Maybe so, maybe not. We’ll see.”

Later that week, the farmer’s son was trying to break one of the mares and she threw him to the ground, breaking his leg. The villagers cried, “Your son broke his leg, what terrible luck!” The farmer replied, “Maybe so, maybe not. We’ll see.”

A few weeks later, soldiers from the national army marched through town, recruiting all the able-bodied boys for the army. They did not take the farmer’s son, still recovering from his injury. Friends shouted, “Your boy is spared, what tremendous luck!” To which the farmer replied, “Maybe so, maybe not. We’ll see.”

The moral of this story, is, of course, that no event, in and of itself, can truly be judged as good or bad, lucky or unlucky, fortunate or unfortunate, but that only time will tell the whole story. Additionally, no one really lives long enough to find out the ‘whole story,’ so it could be considered a great waste of time to judge minor inconveniences as misfortunes or to invest tons of energy into things that look outstanding on the surface, but may not pay off in the end.

The wiser thing, then, is to live life in moderation, keeping as even a temperament as possible, taking all things in stride, whether they originally appear to be ‘good’ or ‘bad.’ Life is much more comfortable and comforting if we merely accept what we’re given and make the best of our life circumstances. Rather than always having to pass judgement on things and declare them as good or bad, it would be better to just sit back and say, “It will be interesting to see what happens.” I like to say it's never as bad as you think it is and it's never as good as you think it is. It's always somewhere in between. Join David Bush, author and Extraordinary Results Coach, on Thursday, July 7th at 7:30 p.m. CT, as he takes you through the steps to set you up for continued success to finish the last 6 months of 2022 focused on the freedom to live an Extraordinary Life! Details and registration information available soon.


ABOUT DAVID BUSH:
Through his coaching business and motivational speaking, David inspires others to design and live extraordinary lives. His passion for developing exceptional leaders, teams and organizations translates into a high energy and powerful message that empowers individuals to live their dreams and change their world.
David's captivating message and life planning process on how ordinary people can live extraordinary lives has become a life operating system for many influential leaders.