Getting the Right People on the Bike 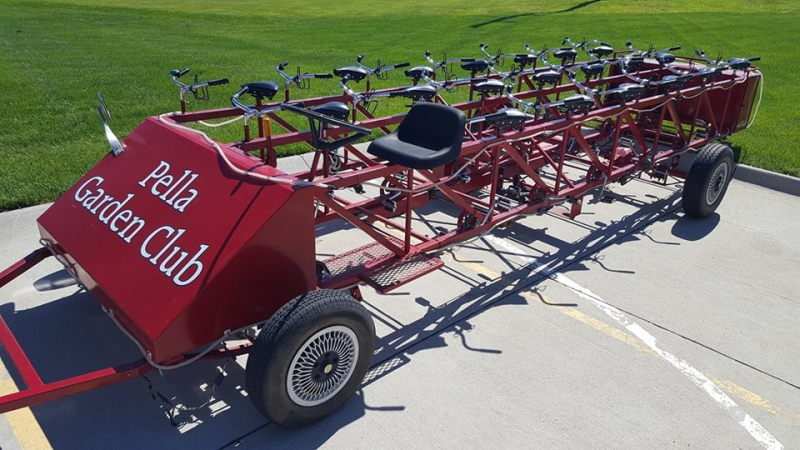 There's been many great books (i.e. Good to Great by Jim Collins), motivational speeches and social media posts on the topic of "getting the right people on the bus" and many of you, like me, have probably used the analogy when referring to building a great team or business. It's a great analogy from Jim Collins best seller that speaks to corporate America, however, I feel there are a few key reasons why this 21 person bike is better analogy for the small business owner.

Riders on a bus are passive not active. A bus is fueled by a big engine and the riders on it are dependent on a machine fueled by energy of a 3rd party source. If the engine breaks or it runs out gas, the bus won't move regardless of who's in it. However, this 21 person bike is powered by the peddlers and without them peddling the bike won't move. There are 7 rows with 3 seats in each row and all 21 riders are pedaling and contributing. If one person doesn't pedal the load for the others increases. If a few peddlers call in sick, skip work, or who don't contribute their best, the team suffers immediate consequences.

Buses are enclosed and safe. If it rains or snows and you're on the corporate bus, you're safe. If you're on the small business bike, you have to pedal through the conditions you encounter. You're exposed to the elements and when the weather (i.e market) conditions get bad, what keeps the riders are pedaling is the driver's ability to transfer enthusiasm to the other riders about the mission, vision, values. Building a culture of peddlers (not a bus full of riders dependent on the bus and it's engine to move them) is vital to the bike moving to it's desired destination. Peddlers will pedal faster and with purpose if they see the vision clearly, feel like they're contributing and they see the leader pedaling along with them. (See Steve Jobs speech from 1980 on why Apple executives worked for half their salary and you'll see what I mean).

Buses have blind spots and they're hard to drive in competitive situations. If you've ever driven a large truck or motor-home you understand the difficulties here. Lots of blind spots can cause serious havoc on the bus if you're not skilled at driving a large vehicle. Most bus riders are not aware of the surroundings or dangers as they are completely dependent on the driver. This 21 person bike is small enough where it can change routes and redirect toward opportunities rather decidedly. It's open and vulnerable to elements but also there's lots of visibility by all participants to see danger and report it to the driver and because they are exposed to danger they have a vested interest in doing so.

So considering these points, do you see the value I see in this bike being a better analogy? After reading this and thinking it over, do you have 21 leaders or team members on your bike who are in the right seats and peddling to win? What needs to change? Who needs to be replaced? What seat needs to be filled?

Here's article by Jim Collins on his groundbreaking leadership book "Good to Great". I replaced the word "bus" with "bike" for emphasis. Tell me if you like it better and it makes more sense?

You are a bike driver. The bike, your company, is at a standstill, and it’s your job to get it going. You have to decide where you're going, how you're going to get there, and who's going with you. Most people assume that great bike drivers (i.e. business leaders) immediately start the journey by announcing to the people on the bike where they're going—by setting a new direction or by articulating a fresh corporate vision.

In fact, leaders of companies that go from good to great start not with “where” but with “who.” They start by getting the right people on the bike, the wrong people off the bike, and the right people in the right seats. And they stick with that discipline—first the people, then the direction—no matter how dire the circumstances. Take David Maxwell’s bike ride. When he became CEO of Fannie Mae in 1981, the company was losing $1 million every business day, with $56 billion worth of mortgage loans underwater. The board desperately wanted to know what Maxwell was going to do to rescue the company.

Maxwell responded to the “what” question the same way that all good-to-great leaders do: He told them, That’s the wrong first question. To decide where to drive the bike before you have the right people on the bike, and the wrong people off the bike, is absolutely the wrong approach.

Maxwell told his management team that there would only be seats on the bike for A-level people who were willing to put out A-plus effort. He interviewed every member of the team. He told them all the same thing: It was going to be a tough ride, a very demanding trip. If they didn’t want to go, fine; just say so. Now’s the time to get off the bike, he said. No questions asked, no recriminations. In all, 14 of 26 executives got off the bike. They were replaced by some of the best, smartest, and hardest-working executives in the world of finance.

With the right people on the bike, in the right seats, Maxwell then turned his full attention to the “what” question. He and his team took Fannie Mae from losing $1 million a day at the start of his tenure to earning $4 million a day at the end. Even after Maxwell left in 1991, his great team continued to drive the flywheel—turn upon turn—and Fannie Mae generated cumulative stock returns nearly eight times better than the general market from 1984 to 1999.

When it comes to getting started, good-to-great leaders understand three simple truths. First, if you begin with “who,” you can more easily adapt to a fast-changing world. If people get on your bike because of where they think it’s going, you'll be in trouble when you get 10 miles down the road and discover that you need to change direction because the world has changed. But if people board the bike principally because of all the other great people on the bike, you’ll be much faster and smarter in responding to changing conditions. Second, if you have the right people on your bike, you don’t need to worry about motivating them. The right people are self-motivated: Nothing beats being part of a team that is expected to produce great results. And third, if you have the wrong people on the bike, nothing else matters. You may be headed in the right direction, but you still won’t achieve greatness. Great vision with mediocre people still produces mediocre results.

This is only a preview. Your comment has not yet been posted.

The letters and numbers you entered did not match the image. Please try again.

As a final step before posting your comment, enter the letters and numbers you see in the image below. This prevents automated programs from posting comments.

Having trouble reading this image? View an alternate.

(Name and email address are required. Email address will not be displayed with the comment.)

FREE Resources
For Email Marketing you can trust. 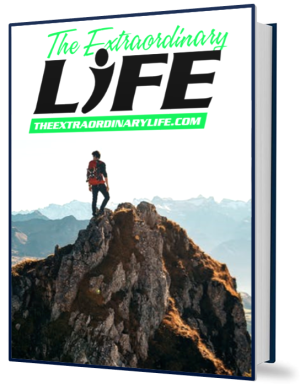